Tom Cruise is reportedly dating his Mission Impossible co-star Hayley Atwell. The rumoured couple were spotted holding hands at a recent London screening and are thought to be about to go public with their relationship, it’s claimed.

The actor, 58, and Hayley, who is 20 years his junior at 38, are said to have grown close on set working together on the new film. It comes as they have been spotted shooting scenes for the seventh Mission Impossible movie together in Rome and the UK.

“Tom and Hayley hit it off from day one,” a source told The Sun.

“Lockdown, and all the difficulties that came with it, brought them even closer and they’ve become fairly inseparable.

“They’ve been meeting up after hours, and she’s been to his London pad. They get on brilliantly, and both seem very happy.”

The Mirror has contacted reps for Tom and Hayley for comment. Tom was previously married to Nicole Kidman and Katie Holmes. In 2013, Tom was linked to Orange is the New Black star Laura Prepon.

It comes after Tom was recorded in an expletive heavy rant at members of the Mission Impossible crew.

Five crew members are said to have walked after Tom furiously ranted at them for apparently breaking coronavirus rules. 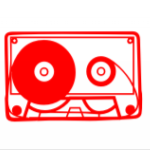